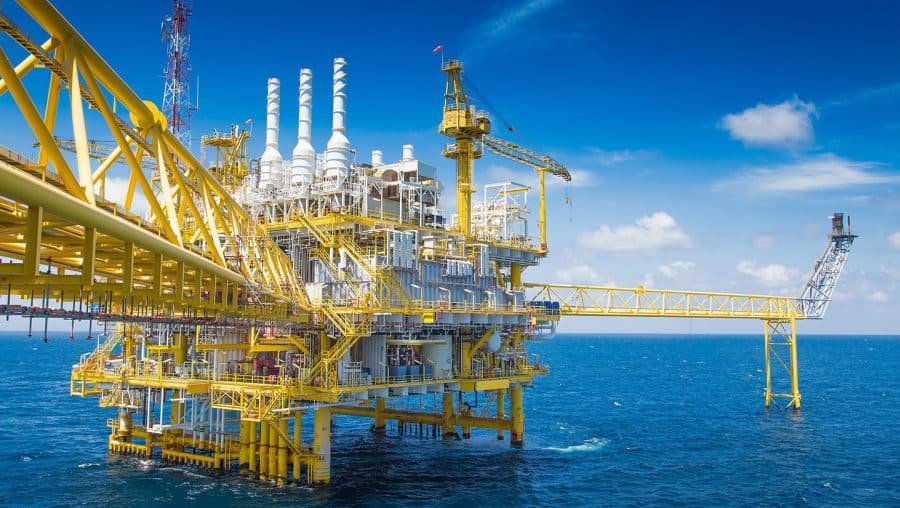 10 Things You Need to Know About the Oil Industry

At present, roughly 90 million barrels of crude oil are being produced and consumed around the world each day.

Proved reserves reported by governments (and collated in the BP Statistical Review of World Energy, published every June) have risen consistently over the past few decades.

The key question is how to manage those resources sustainably.

2. The production landscape is shifting

The global energy landscape has changed a lot recently. OPEC countries used to dominate production, but this has changed recently due to advances in the technology of extraction from alternative reserves, such as shale oil or oil sands.

This has meant that significantly more production (about 60%) is now from non-OPEC countries, according to the EIA (US Energy Information Administration). For the first time, the US has become the world’s largest oil producer and the largest combined oil and gas producer.

In terms of companies, state-owned oil producers account for the lion’s share of global output, and examples would be Saudi Aramco, National Iranian Oil Co, Petrochina and various Russian companies. The ‘oil majors’ in the private sector – BP, Exxon, Shell, Total, and others – together account for only about a fifth of global oil production.

3. However, OPEC still has a significant influence on the market

OPEC stands for Organisation of Petroleum Exporting Countries. It is a group of countries (and their state oil companies) that periodically meets to agree on a production strategy, mainly in the form of production quotas for member countries.

The organisation was founded in Iraq in 1961 and its members have traditionally been drawn from the Middle East, Latin America and Africa. There are currently 12 members: Algeria, Angola, Ecuador, Iran, Iraq, Kuwait, Libya, Nigeria, Qatar, Saudi Arabia, the UAE and Venezuela.

According to the EIA, OPEC members were responsible for supplying about 30 million barrels of crude a day in 2014, equivalent to about 40% of global production. Together, these countries hold about 80% of the world’s reserves.

4.  Oil production is a multi-stage process

There are two distinct stages to the oil supply-chain: the ‘upstream’ phase and the ‘downstream’ phase.

Upstream involves searching for, finding and physically extracting oil from the ground. The first step involves exploring for possible deposits, which is done using technologies such as seismic imaging. If a discovery is made, further wells are drilled nearby to appraise the scale and value of the deposit and to help work out how to develop the field. This may be onshore or offshore.

The oil is then initially squeezed out by natural underground pressure. As that pressure diminishes, other mechanisms are used for getting the oil out, such as a gas and water injection to maintain reservoir pressure.

From here, the oil will end up going into a refinery, which is where the downstream phase of the process begins. Here, crude is refined and processed into useful products and then either sold to a vendor or, as BP has a retail business, directly to consumers.

5. There are many different types of oil products

‘Oil’ is really a generic term that refers to a variety of different hydrocarbon products. Crude oil is oil in its most natural form as extracted from the ground. It comprises a mix of heavy and light hydrocarbons, which get separated in a refinery by being heated up, through the process of fractional distillation.

The resulting hydrocarbons are called ‘straight run products’ and most of them aren’t all that useful in themselves. These products go through a lot of complex processing to create finished products that we use day to day, such as gasoline, diesel and fuel oil.

Other products are used as feedstocks in the petrochemicals industries; they are turned into the plastics that we all use every day – from parts for our cars and our computers, furnishings at home, to food packaging and textiles.

6. Transportation is important in more ways than one

In Europe and Asia, physical crude oil is predominantly moved around by oil tankers of roughly 500,000 barrels to over 1 million barrels (about 130,000 tonnes), while refined products are moved in much smaller vessels (maybe 30-40,000 tonnes).

In the US, much of the physical transport is via pipeline. Other countries, such as China, that source their supply from different continents are more reliant on ships.

Tankers also play an important role in providing arbitrage opportunities – this is where an asset is bought at a low price on one market and then immediately sold  on another market for a higher price.

The practice is not to be confused with time arbitrage – where a financial product or a commodity is bought at a current ‘spot’ price and sold for a profit at a higher ‘forward’ price. Oil traders are often able to exploit differences between current price levels and higher future prices by storing crude in tanks – or even tankers – and then making profit on the price difference provided that it is larger than the costs of storage as well as the other logistic costs involved.

7. Most oil trading is done electronically

Nowadays, a significant volume of oil is traded ‘financially’ as financial contracts that are linked to the value of oil. These contracts are commonly traded on exchanges, e.g. the Intercontinental Exchange and the Chicago Mercantile Exchange without physical oil ever actually changing hands.

Traders might make money by buying and selling contracts ‘speculatively’, taking a view on the direction of oil price or the relationship between two different prices. Many companies, BP included, also provide a risk management service to customers, offering a package of oil derivatives that helps reduce the risk of oil price fluctuations to other businesses. Typical customers are producers, airlines or shipping companies.

BP is one of the only companies that can operate in all of the above – physical trading, paper trading and retail, making it an excellent place for a beginner to learn the industry.

8. There are two main oil-pricing benchmarks

When the papers talk about ‘oil price’ they are usually referring to one of two price benchmarks: ‘Brent’, the generic standard of crude oil produced in the North Sea; and ‘WTI’ (West Texan Intermediate), which is the main benchmark grade for the US market.

However, most oil in fact trades as a price differential to one of these benchmarks. For example, an oil trader might buy a cargo of oil in West Africa at “$1 per barrel over the North Sea price (called the Dated Brent price)”. The benchmark prices for contracts (e.g. the Dated Brent price) are calculated and published by price reporting agencies. There are similar futures contracts and pricing benchmarks for refined products.

However, this isn’t the end of the story for the prices that customers see. As well as logistic costs, eventually refined products that end up going to consumers are often subject to a government tax bill – relatively low in the US, but higher in Europe – so the actual retail price you see doesn’t directly represent the oil market price.

For example, a consumer looking to fill up their car in Texas would expect to pay around $1 or less for a gallon of petrol, while in the UK, the price is typically closer to $2 per gallon.

Some governments also choose to shield citizens from rising oil costs on global energy markets by subsidising the end cost to consumers. Venezuelans are currently able to purchase oil at $0.02 a gallon, for example. In this scenario, state-owned producers often sell refined fuels to consumers at below cost, with the government absorbing any financial losses.

Whether oil price is low depends on how long your memory is: in the last few years prices have been consistently above $100 per barrel but historically that is unusual. Prices were averaging around $40 per barrel for much of the late 1990s and early 2000s. However, to compare the ‘real’ price of oil over a long time period you would need to factor in the changing value of the dollar.

It’s likely that prices will remain at their current level for some time to come or indeed head lower. It’s very much a question of supply and demand: currently, there is a growing amount of production from non-OPEC countries.

Meanwhile, a slowing Chinese economy and weak industrial output across the eurozone continue to weigh on global demand.

10. Hedging is an important way of mitigating price fluctuation

To protect against potential oil price movements, oil producers will often use a tactic known as ‘hedging’. This is where a producer enters a derivative structure with a company like BP, and that structure will pay enough in a low-price environment to compensate for any loss of earnings from the producer’s crude oil production. In return, the producer might agree to lose some of the benefit of higher prices, or they might have to pay something for the price protection – it all depends on how the deal is structured.

By the opposite metric, the likes of an airline company may look to hedge against a potential increase in operating costs that higher fuel prices might bring. In this scenario they will use a derivate to lock-in future oil costs at the current market price, rather than risk prices appreciating in the future.