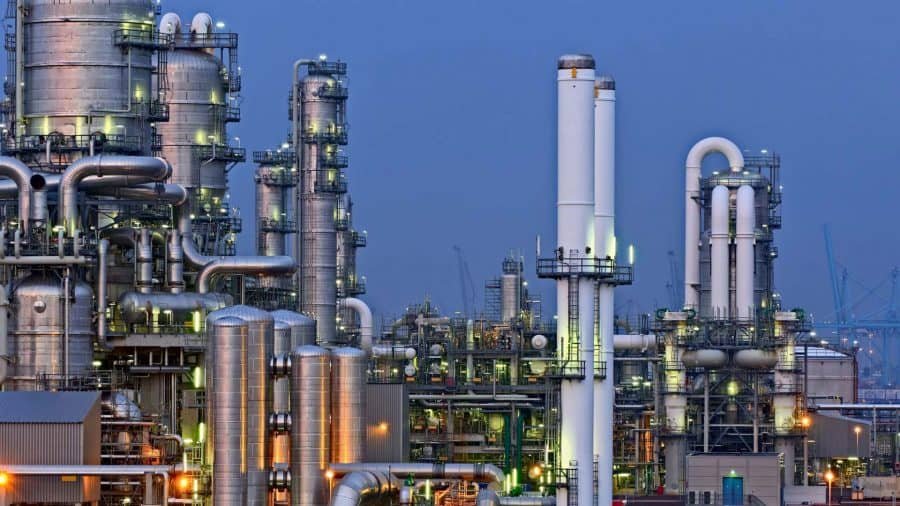 Trends of the Oil & Gas Industry

A PUSH TO GREEN ENERGY

Critics of former president George W. Bush’s energy policy said he rejected environmental concerns (characterized by his opposition to the Kyoto Protocol) in favor of appeasing Big Oil. Bush did, however, recognize U.S. dependence on oil and in 2007 he signed the Energy Independence and Security Act. This sought to fund alternative energy research, create green jobs, and increase energy security and savings. Critics still squawked, claiming it wasn’t enough and the initiatives would not be upheld.

In 2009, President Barack Obama signed the American Recovery and Reinvestment Act into law, a $787 billion stimulus plan that devoted $43 billion toward energy initiatives similar to those in the 2007 plan: creating green jobs, providing and extending tax cuts for renewable sources, funding research, and creating a smart electricity grid. Obama’s energy policy also calls for more of U.S. electricity to come from renewable sources: up to 10 percent in 2012 and 25 percent in 2025.

Though public opinion has greatly shifted toward support of renewable energy, time will tell how the Recovery Act will take effect. And though renewable energy sources, such as wind, solar, geothermal, and hydropower, are more sustainable and environmentally friendly, they do face significant obstacles, including convenience, cost, and the fact that some are still in development and will not be immediately available for wide-scale use.

During President Obama’s first Earth Day in office, he encouraged Congress to create a cap-and-trade system for American businesses. The purpose of cap-and-trade is to reduce greenhouse gas emissions, which contribute to global warming. The “cap” would force companies to buy permits that would allow them to emit a limited amount of carbon, with the amount permitted to be reduced over time. The “trade” aspect gives businesses that emit less carbon the opportunity to sell their extra permits. With a set amount of permits circulating, the government can track exactly how much carbon is being emitted, and implement reductions over time. Obama has set a goal of reducing greenhouse gas emissions 20 percent by 2020, and democrats in Congress have introduced preliminary legislation. Critics of cap-and-trade systems say this is a tax on businesses that will drive up costs and limit growth.

Militant conflicts in Iraq, Afghanistan, and Pakistan. The never-ending violence between Israel and Palestine. It all adds up to massive uncertainty for energy and utility companies. Will oil prices remain steady, allowing the companies to predict profitability and create business plans in which they can feel confident? Or will violence on a large or small scale suddenly cause oil prices to skyrocket? Not only do these factors put prices in jeopardy, they also complicate U.S. relations with the countries that provide a lot of petroleum. The energy and utilities industry, like the world in general, can be very volatile.

To enhance economies of scale and increase energy reserves, the big have been getting bigger of late. The industry saw at least 155 mergers in the late 1990s through the early 2000s. First, British Petroleum merged with Amoco, in 1998, to form BP. Then, Exxon acquired Mobil in 1999, to form Exxon Mobil. Also in 1999, France’s TOTAL acquired Belgium’s PetroFina, to form TOTAL FINA. In 2000, BP acquired the Atlantic Richfield Company, in 2001, Chevron acquired Texaco, in 2002, Conoco and Phillips Petroleum merged to form ConocoPhillips. Then Shell and Royal Dutch Petroleum merged in 2004, to form Royal Dutch Shell. And in 2005, Chevron acquired Unocal. The point: If you go to work in the oil sector, don’t necessarily expect to have the same corporate name on your business card for your tenure with a company.

HOW IT BREAKS DOWN

America’s energy companies are clustered in the Oil Patch region of Louisiana and East Texas, though many have major offices in Los Angeles and other coastal cities. The Big Oil companies are global; Exxon Mobil alone has a presence in more than 100 countries. By contrast, utilities are generally more local in nature, usually doing business in a single city or region. The vast industry can be broken down as follows.

We have John D. Rockefeller and his Standard Oil Company to thank for the vertical integration of the world’s largest oil and energy companies. His empire has long since been dispersed, but its legacy remains in the form of giants like Chevron, Exxon Mobil, and ConocoPhillips, which are involved in every phase of petroleum production and sales-from the extraction of crude oil through refining and shipping all the way to the gas pump. Big Oil is a major force in the world’s economy (not to mention politics), but it is susceptible to global surpluses and plummeting oil prices when members of the OPEC can’t agree on regulated production levels.

Consumption and production of natural gas have grown far more rapidly in recent years partly due to gas’s environmental advantage over oil. Also, natural gas is relatively less expensive as an electricity-generating fuel-an advantage that has been magnified by the competitive nature of the electricity industry since deregulation. While Big Oil is increasingly involved in the natural gas business, there are still specialists such as Questar Corporation. Deregulation is also a frequent occurrence in the natural gas business-about 20 states in the U.S. have paved the way for permitting customers to choose their gas suppliers. However, only five states and the District of Columbia have allowed complete retail competition for both residential and commercial customers.

Coal is primarily used for electricity generation and in a few manufacturing industries-it is the dominant fuel used to generate steam in power plants, ahead of nuclear power, natural gas, and petroleum. It is increasingly in demand as developing countries, such as China and India, wire themselves for electricity.

However, environmental concerns have begun to put a damper on the use of coal. The 1990 Clean Air Act called for cuts in high-sulfur coal production, and there are growing worries about global warming caused by burning fossil fuels. One option would be to adopt “clean coal” practices, which aim to decrease the harmful emissions caused by coal combustion through methods such as washing toxins off coal and carbon sequestering. Obama supports clean coal and dedicated a portion of recovery funds to clean coal technology, but environmental groups, such as GreenPeace, say that clean coal is a myth because it simply moves toxins around rather than eliminating them. In any event, if consumption continues at current levels, reserves will last only another 200 years. In the near-future, though, coal production and consumption should continue to be robust.

Biodiesel, which creates fuel from fats and vegetable oils, has been getting a lot of press over the past few years. Former President George W. Bush pointed to it as a particularly promising alternative energy option and country music legend Willie Nelson tours the country on a bus fueled by it. But some observers say the potential market is limited-that biodiesel is a cost-effective alternative as long as it relies on recycled vegetable oils (refuse from restaurants, and the like), but that it will never become a mass energy source because growing enough plant life to support a mass market in biodiesel will be prohibitively expensive. It may also drive up the prices of food should the supply be used for more than just eating.

Nuclear energy, which comprises about 19 percent of U.S. electricity, is relatively clean and easily produced. But on the same token, it has dangerous by-products, and some of the materials and technology required for nuclear reactors could be used for destructive purposes if in the wrong hands. The generation process involves extracting energy from Uranium through nuclear fission, or breaking the Uranium atoms apart. Nuclear waste, also known as spent fuel, is highly radioactive and must be carefully stored. Recent U.S. plans had been to use Yucca Mountain in Nevada as a storage facility, but President Obama, while he supports the development of nuclear as a supplementary source of energy, has called on scientists to come up with new ways to store nuclear by-products.

The term “renewables” refers to sources of energy that can be continuously replenished as opposed to those that are finite, like oil. Varieties include hydropower, wind power, solar power, and geothermal. These sources are considered more environmentally friendly, and with the rapidly rising popularity of all things green, it should come as no surprise that this sector is expanding significantly. Renewable energy is mostly used for electricity and heat, and private companies comprise much of the industry. Hydropower is the most widely used source, but its production is limited to areas with moving water.

Solar, on the other hand, is a flexible source that is more accessible to individual consumers. Because of that, many solar companies are local retailers, like Boulder-based Namaste Solar and the Texas Solar Power Company. Wind energy companies tend to be larger, such as Dutch-based wind-energy company Vestas and German conglomerate Siemens. Oil companies like BP and Shell are jumping on the renewable bandwagon as well by investing in renewable sources.

Energy and the means of its distribution are considered so vital to life as we know it that utilities companies are generally quite heavily regulated by state and federal governments if not government owned. More than 3,000 utilities in the United States deliver electric power to individual homes and businesses. Major players include Atlanta-based Southern Company (the nation’s largest investor-owned utility) as well as regional giants such as Pacific Gas and Electric in California and Consolidated Edison in New York.

The balance of the industry is comprised of federal agencies such as the Tennessee Valley Authority; local, publicly owned utilities, which are usually run by municipal or state agencies; and rural, nonprofit electric cooperatives, which serve small communities. In Obama’s Recovery and Reinvestment Act, he provides funds for the creation of a “smart electricity grid,” which would make the existing grid more efficient. This project could take a long time to develop, but if it goes through it could save consumers money and create many jobs for contractors, manufacturers, installers, and utilities.

Though they’re in the business of electric power generation and distribution, non-utilities serve large individual clients-mostly utility companies that need extra electricity-as opposed to cities or regions. Though non-utilities, such as Duke Energy, only account for about 10 percent of power generation, they represent the fastest-growing sector of the industry. In the wake of deregulation, smaller-scale generators are freer to sell energy to big distributors, and small, efficient producers can be quite profitable.

Companies such as Schlumberger and Halliburton, provide the equipment and services that make it possible for the oil, coal, and gas companies to extract their products from the ground. This once-booming sector took a hard hit in the late ’90s due to overproduction. Some are also feeling the pinch today from decreased demand as a result of the recession. While the largest companies will most likely survive, boutique firms are often more vulnerable to market fluctuations.